Sometimes, inspiration is found at the intersection of coincidence, and a desire to make a change for the better. Practically, it comes from the synergy between technology, social media, and our need to feel like we’re part of a team; part of something bigger.

We didn’t set out to build a native app for football teams initially, but we found ourselves in the middle of the greatest and most supportive fandom in sports. This was a group that lived their team’s highs, were vocal in their opinions and support, and didn’t let their passion wane, even after they’d left the stadium. And we, at Belong, have got the perfect place to come home to. 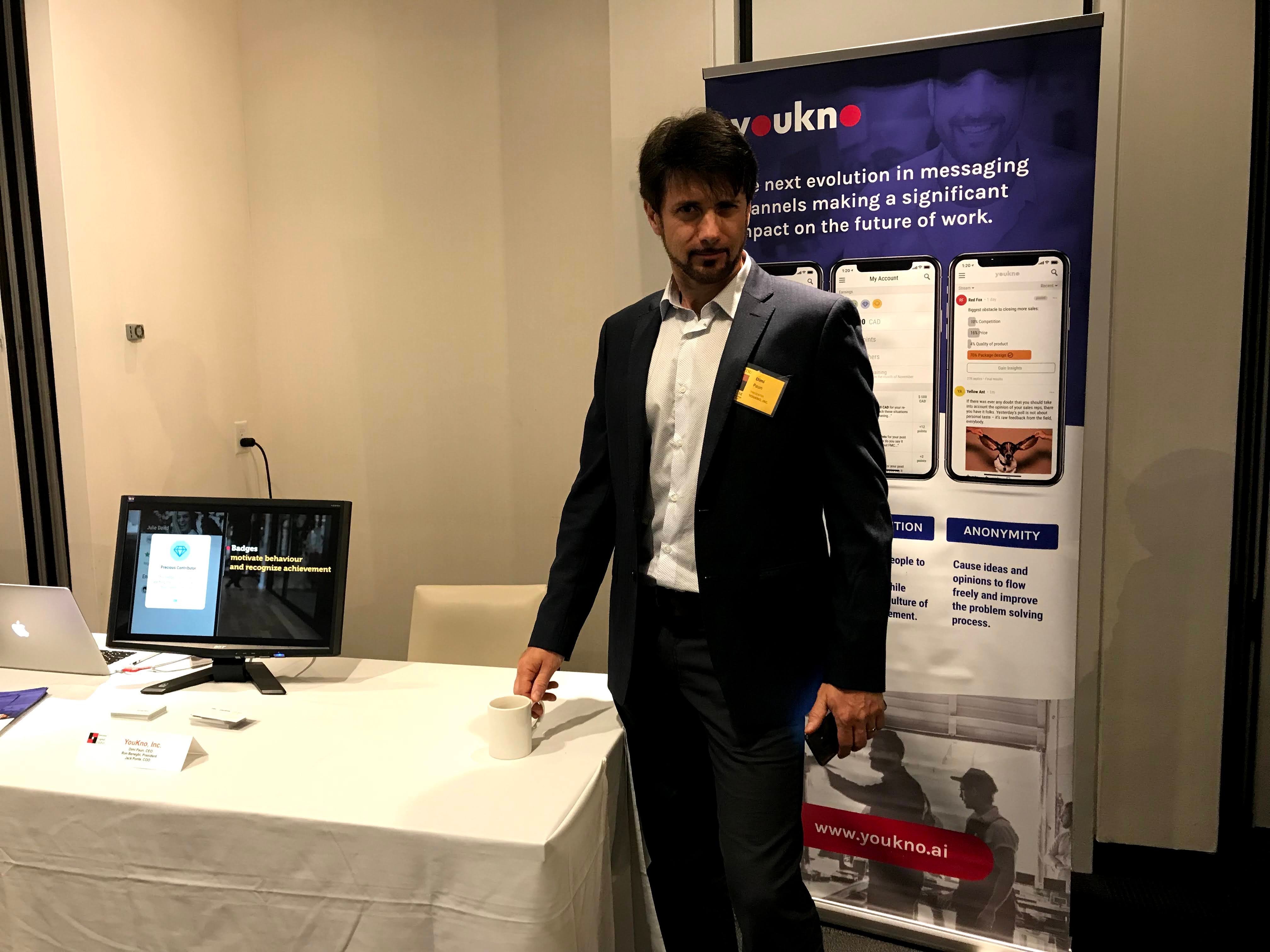 So, where did it start? For Dimi, it starts with a passion for sports; specifically tennis. You could say he’s addicted; he’s thinking about tennis when he’s sleeping, daydreaming about serves when he’s eating. Imagine the most fervent football fans out there, decked out in kits and chanting all game long. You know the ones. That’s Dimi, but with rackets and clay courts. And, as luck would have it, his two children were swept up in this passion, and now spend a lot of time training with their dad. And, if you want to be the best, then you go to the best. So all three were training at the best academy in the GTA, and proud to be surrounded by players who shared their love of the game.

Now, for the inspiration. In late 2019, Dimi happened to be in conversation with the club owner, and offered his skills off the court to help with member engagement, as a club, team, facility, etc.. is only as strong as its members and supporters. He suggested that Dimi’s skills would come in handy through Facebook. That didn’t sit right, however. In fact, that was a downright terrible idea.

As a huge fan of the game, and through years of entrepreneurship, mobile technology, CTO in the social media space, and other tech ventures, he knew this wasn’t the answer. Facebook and other social media platforms have a place in a marketing plan, sure, but if you’re marketing to a ‘general mass’ of followers with Facebook Ads alone, you’re just wasting your time and money. He knew there had to be a better way. Then, it hit him.

Millions of clubs all over the world were just pushing their customers away; offloading them to other platforms and paying for the privilege. No matter what you as a fan/customer are supporting and engaging with, you’re a Facebook/Twitter/Instagram user first. You belong to them. So Dimi decided it was time to bring the fans home, to where they belong. Home to their own community, where clubs have the access and the technology to amplify their fandom and retain their loyalty, and keep them engaged.

That was the idea. Now, for the execution. This starts with Jack and a flashback to 4 years ago.

Jack and Dimi go way back. Where Dimi’s strengths lied with technology, Jack’s forte was people and recruitment. Both, however, had a passion for sports and for blazing their own path. Four years ago, Jack had connected with Dimi about a complex idea that he’d had, for a recruitment platform that asked questions of employees and offered rewards for providing the answers.  You could leverage your network to generate the information, and share the rewards windfall with your team. It was a way to foster engagement, gain employee insights and build a sense of trust and camaraderie amongst the team. Now, they needed a UI designer.

Dimi just happened to know the right guy. He’d been working with Doru for several years, building a social video company called keek. Just around the time they sold it, Jack came calling with his idea, and the first iteration of the app was developed and called Youkno. They began shopping it around. 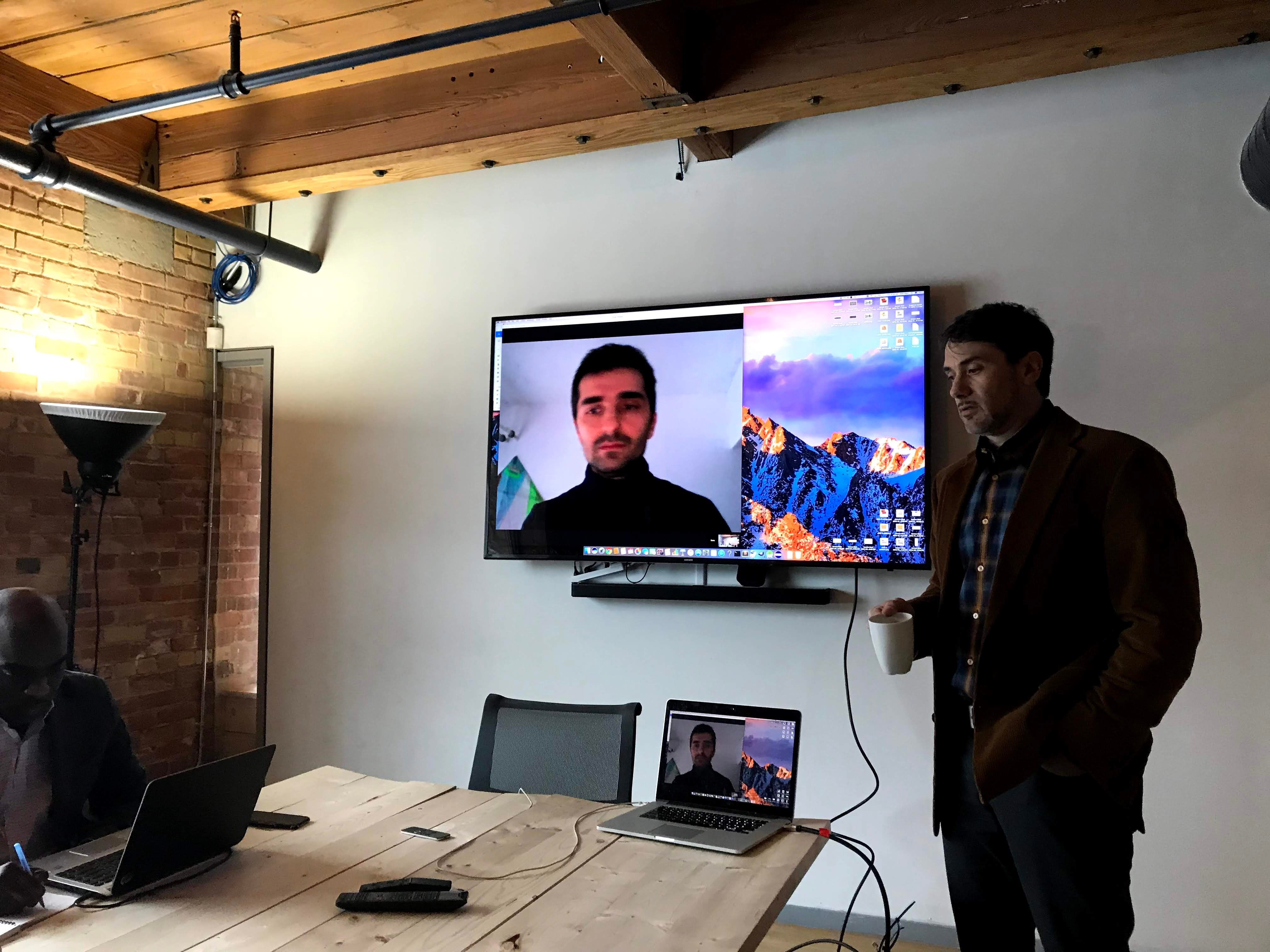 Lucky for Jack, Dimi and Doru, T-Mobile was interested. They built an incredible engagement platform for employees at the large enterprise level, with an astronomical engagement rate. It hit all the checkmarks they set up and was an undeniable success. T-Mobile helped shape the product that was to eventually become Belong. While that should have been cause for celebration, it wasn’t what they were really enthusiastic about. There was too much door-knocking to show it to other companies, and far too much time selling it up the chain of an enterprise-level company.

There was also not enough excitement. For a product that should have been creating connections and building a community-based team, it didn’t spark a lot of joy. It was certainly a success, there’s no doubt about that. But they wanted more. They wanted something that they could be passionate about, and in turn, share that passion with others. Their app was the perfect intersection of content, gamification and commerce, but also offered the right conditions for community building. Then, the “A-Ha” moment came. This wasn’t an app for enterprise level businesses, but an app that was centered around businesses that dealt with community and culture.

Flashforward to 2019 and the story of the tennis club, and Jack, Doru, and Dimi realised that there was a huge problem in the sports world. Lucky for them, they already knew the answer and had built the solution. It just needed a new name. Thus, Belong, the ultimate fan engagement platform, was born.

They finally found out where they belonged. Now, it’s time to bring everything together; making everyone all a part of the same team; owners, players, sponsors, and fans. It’s time to bring them home.