There’s nothing that can top the stadium experience. While there are perks with the home experience; better camera angles, softer seats, free food, as well as the potential for augmented/virtual reality and multi-platform, multimedia experiences; nothing tops the roar of the crowd and the collective energy of the fans. But that doesn’t mean that there isn’t pressure on stadiums to deliver an experience that the living room or pub won’t ever match. It needs to be about more than just atmosphere and loud chanting; there needs to be something magical about their in-person viewing. Thankfully, fans know what they want from their stadium experience, and clubs that can deliver can get the ultimate reward; loyal and engaged fans.

If You Build It, They Will Come. Probably.

Sports have been an integral part of our culture, from the earliest form of football in ancient China known as Cuju, to the gladiatorial games of ancient Rome and the Olympic games of ancient Greece. Since then, sports and entertainment leaders all over the world have long understood that the atmosphere and excitement involved in live sporting events, is what keeps fans happy and engaged. Engaged fans are the ones that come to the stadiums, spending their hard earned time and money on supporting their club and decking themselves out in their kit. The stadium experience is also what drives a fan watching their first football match, into becoming a life-long ticket holder. These are also the fans that won’t miss a game on TV or streaming, and wants to be a part of the experience all year long.

So what makes a stadium the lynchpin of creating an engaged fandom? Look to 1989’s Field of Dreams. It might be a sentimental example, but Kevin Costner’s Ray Kinsella built his stadium, the team came, and fans followed. It was a simple cornfield with minimal seating, but it had baseball, a historic team, and no obstructed views. That’s all that mattered. 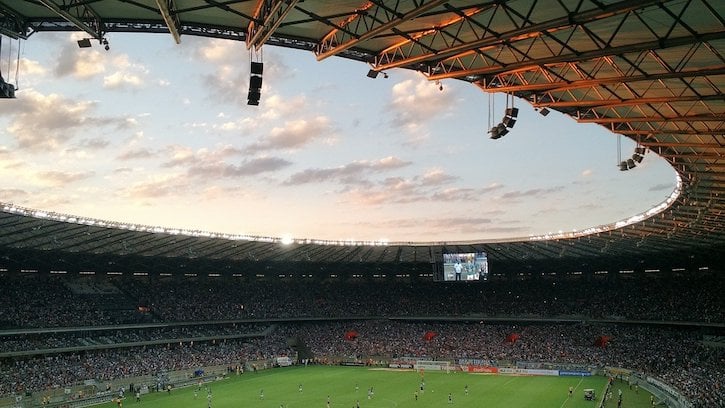 Now, stadiums are hundred-million dollar-plus developments, with HD videoboards, luxury boxes, quality food and beverage options, as well as entertainment from mascots, fireworks and the occasional special event to drive fan engagement. But the core tenet is still the same; a love of the game, and good views. But, there is a catch. Going to live games isn’t as accessible as it used to be.

Today, stadiums are facing increasing competition from the improved options for watching at home. There, you have your big screen, with multiple angles and knowledgeable commentary. Depending on the event, there may be a second screen component and other multimedia tie-ins that the stadiums can never replicate. Also, the beer and the hotdogs (or whatever your go-to game snack) is significantly cheaper. Add to that the fact that ticket prices are steadily going up, and it’s getting harder and harder to justify the cost. Hence, stadium attendance has stagnated, if not decreased, across many of the major global leagues. That’s a problem, especially now that we’ve had to adapt to a period of time without live sports, or being surrounded by large crowds.

Which means that just building a place for teams to play, with a few novel features, isn’t good enough any more. To win fans and keep them coming back for more, stadiums need to get not only the basics right, they need to elevate the experience to entice fans into coming to the temple of their team. They need to invest in differentiators that will please the current fans and entice the future generations of fans in the future. This effort will lead to more satisfied fans. Satisfied fans are emotionally connected and engaged with their team, driving their loyalty and pushing them up the tiers of fandom, from casual fans to hardcore fans, who will invest more, and spend more.

You Have to Nail the Basics

When it comes to being a fan, regardless of age, whether you’re into football or futbol, your geographic location, etc… there are certain expectations that they have when they arrive at a stadium. According to a study by Deloitte, these attributes are the bare minimum to establish a base of engaged and satisfied fans that will opt to attend games in-stadium, rather than staying home. Out of several different considerations, fans flagged 4 as being paramount to having a worthwhile experience.

These are the core of fan expectations, but this isn’t all they want. They also want basic concession options inside the stadium and want those concessions to offer fair value for what they get. As for the infrastructure itself, they want the stadium to be easy to navigate and easy to get to via car or transit. Finally, they also want to be able to exit the stadium quickly after the event is done.

Some of these are considerations that should have been taken into account when the site was developed, while the issue of concessions isn’t all that hard to achieve. In fact, in 2016, the owner of the NFL’s Atlanta Falcons decided to cut concession prices by 50%, which led to a 16% increase in overall fan spend in the stadium. As well, they saw the number of fans entering the stadium 2+ hours before kickoff increase by an average of 6,000/game. By addressing one of the key areas of fan dissatisfaction with the stadium, the Falcons demonstrated that they’re listening to fans, and increased their fan base’s loyalty and commitment to the experience.

But this is just the low hanging fruit of managing a stadium experience. This is what everyone should be doing, and sets the stage for the optimal fan experience. What really matters to fan engagement, however, is all the extras you can offer. 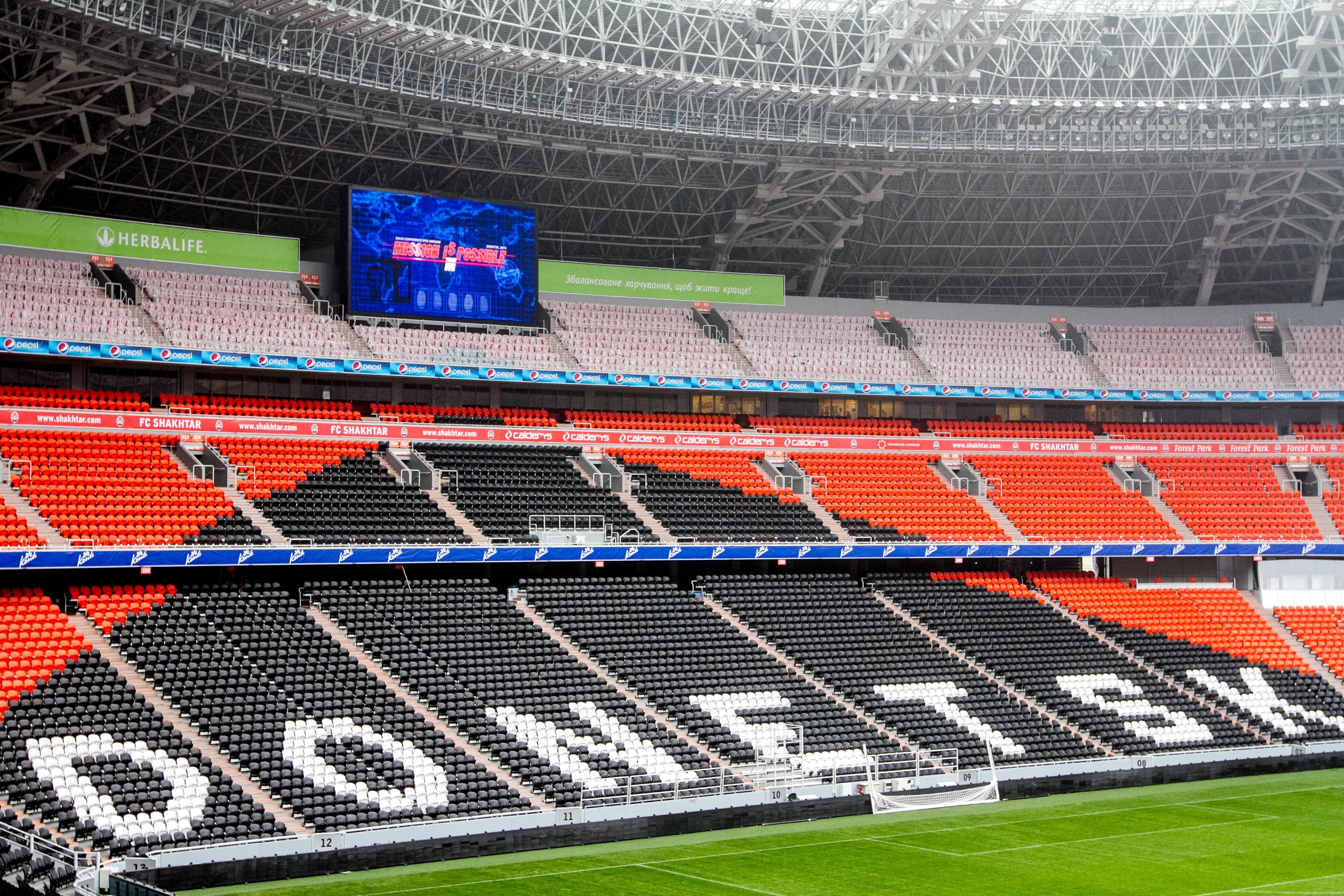 The Playing Field of Today

Once you’ve gotten your fan in through the gates, then it’s important to elevate things beyond the bare minimum to keep fans interested and spending their time invested in your franchise and all the related avenues. This needs to be something that is experiential and tailored to your fan base, with experiences that are unique to the stadium and allows fans to interact with other fans who share their interests. You want to make the stadium and a fan’s identification with the team a core principle of their visit. As well, much like a club should be engaging fans pre, during, and post games, the stadium should follow suit with entertainment and activities that lead into the game, and close out their epic evening.

The business of sports and watching sports is changing, and teams and their stadiums need to change with times. This means the adoption of technology. Gone are the days where fans spend the entirety of the game with their eyes glued to the field or to the scoreboard. Now, they’re on mobile phones. Clubs and stadiums need to lean into this. Offering mobile apps, Wi-Fi access, native fan apps, and even the ability to order concessions to their seat would be a great start. And truthfully, plenty of stadiums all over the world are doing this. But there’s a way to differentiate even further and make the match a memorable one for the fans.

Stadiums should be making the mobile phone not only into a second screen for the game, but a way to control elements of the stadium experience itself. There are far more avenues for entertainment, gamification, e-commerce, fantasy sports and in-game statistics that a stadium and club could definitely adopt, that could turn a regular game into an extraordinary experience. According to the same survey by Deloitte mentioned above, when asked how fans would prefer to use their mobile, the majority of answers revolved around elevating their experience by interacting with other fans, the venue, and the team.

Using a mobile device for appealing in-stadium entertainment such as games and trivia.

Using their mobile device to enhance their experience through increased interaction with the team, sponsors, and fans in the stadium

Ability to purchase unique memorabilia via their phone

The staff remembers their preferences when they attend a match

The team provides timely and relevant event highlights and stats, that you can see on your phone.

Given that there is a lot of downtime prior to the game, between plays, during timeouts and between periods, there is ample opportunity to engage with fans, and for fans to reach out to other fans and feel a part of something bigger.

Build Them a Space Where Fans Can Become Fanatics

Innovations like these are critical to the success of clubs and their supporters, both in-stadium and at home, and within the season, and outside of it. Putting the control of their experience into their hands is the pinnacle of fandom, and something we’re proud to facilitate. 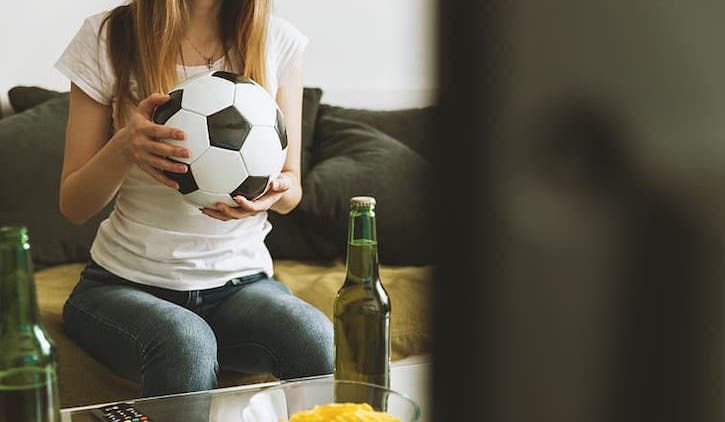 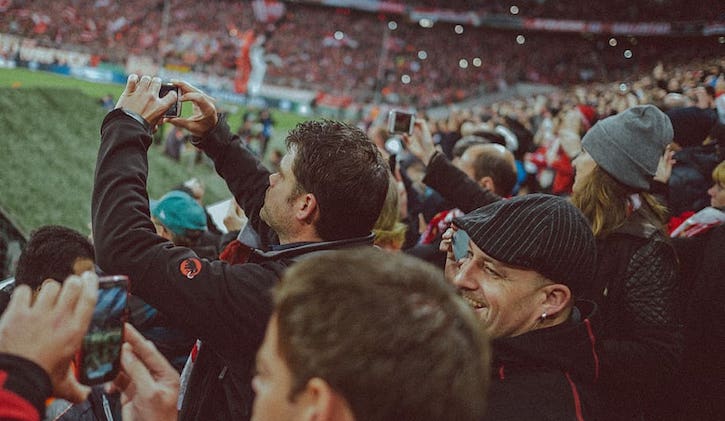 Once upon a time, the only thing that fans in the stands were holding in their hands during a live game was a hot dog, a pint, or a supporter’s flag. Now, it’s a...